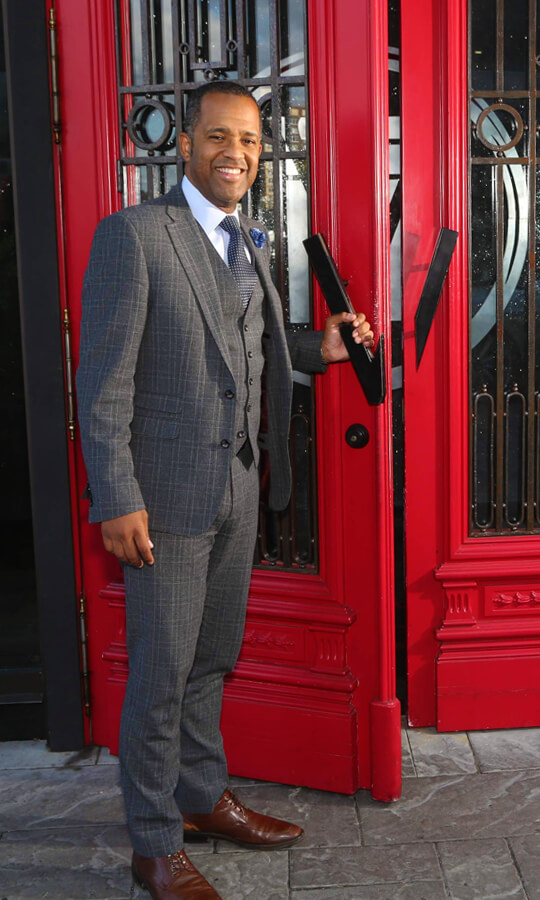 Manny Solano migrated to the United States as a first-generation immigrant in 1995 in pursue of a better life and to continue his education in business administration. He was exposed to the hospitality industry at a very early age. His father was the Controller of the most prestigious and luxurious resorts and villas of La Romana in the Dominican Republic.

He entered the restaurant industry as a dishwasher for Park Avenue Café. In which at that time, the Executive Chef was Mr. David Burke. He only lasted a few months, as he was recruited to work in front of the house at Maloney and Porcelli for his level of passion and enthusiasm. He was so eager to learn every aspect of the restaurant industry that by the year 2000, Manny Solano has become the head server at Maloney and Porcelli.

Manny’s high ambition, passion, and eagerness did not end there. He became highly curious in the Wine Department after having the opportunity to meet and work with Kevin Zraly in 2002, America’s most famous and wine teacher. Mr. Zraly took Manny under his wing and introduced Manny to the wine world and became his mentor and guidance. During that time, Manny also completed Sommelier courses, which expanded his knowledge in the Wine industry.

In 2006, with broad knowledge in front of the house, back of the house, and the wine/beverage department, Manny became a captain for David Burke & Donatella. During his time, he enhanced and improved management, leadership, and customer service skills.

Alongside his career, he also had the opportunity to be a suites manager and special assistant to COO, Jeff Wilpon at the Met Stadium. Manny gained expertise in event planning and managing the enormous beverage department. He also worked for David Burke at Fishtail as a Wine Director in which he increased the wine revenue sales.

With over two decades of experience, Manny’s expertise in operations, management, service, and wine/beverage knowledge led him to provide outstanding sales and successful operations in different restaurants along with his career, such as New York’s famous landmark The Loeb Central Park Boat House, increasing sales to $32M during his time. The Palm Restaurant, the first family-owned steak house, owned by the Bozzi and Ganz Family. Last but not least, increasing revenues to $41M at Del Frisco’s Double Eagle Steak House in New York, which broke the records of the highest sitting down restaurant of the U.S.

When it comes to hospitality, Manny Solano is an expert in all the aspects of the restaurant industry, both the heart and front of the house. He is known for his work ethic and great understanding of how to provide excellent service.

Hospitality is his life-long passion. However, during his leisure time, Manny enjoys life by spending time with his family, traveling, visiting places near the water, and enjoying an excellent wine and cigar with friends.