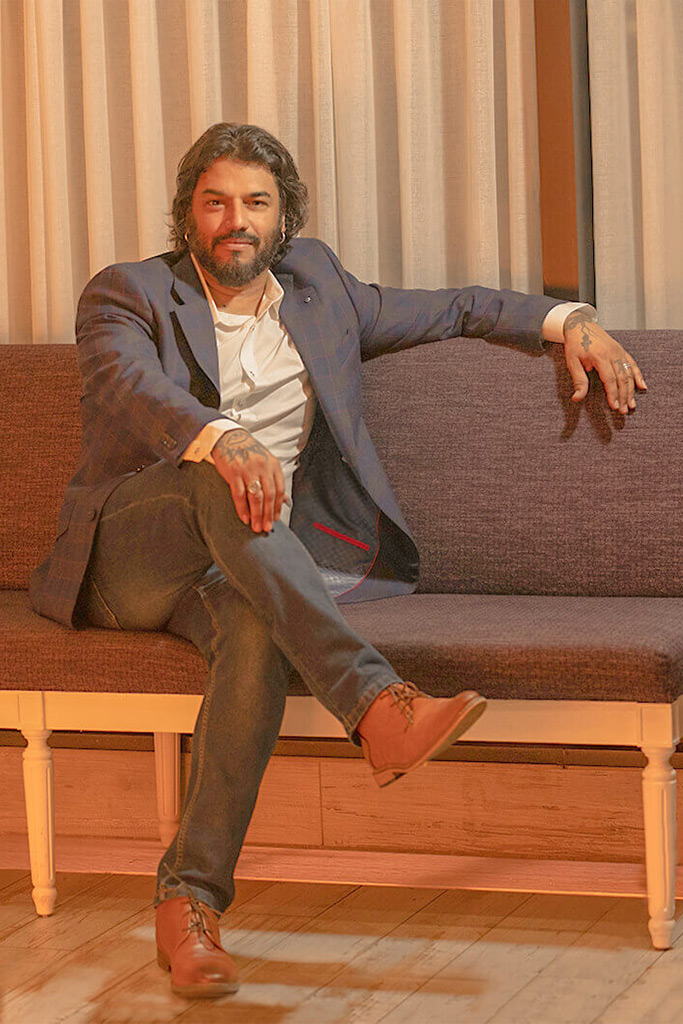 Ney Pimentel is a Brand strategist/Designer with a bold urban edge.

His proficiency has earned him a wealth of prominent clientele as well as a reputation for excellence. NEY has plenty of brand-building experience under his belt, successfully developing visuals for high-profile clients, including SONY, HBO, A&E, DISNEY, ADIDAS, PUMA, among others.

Weaving the Hip-Hop and Latin influences he grew up with into his work, NEY landed a gig as the exclusive designer for the Wu-Tang Clan and Wu-Wear, the group’s debut clothing line. Not only designing all things WU for both camps, but also rebranding the group’s logo, creating something edgier and now iconic, but also renaming Wu-Tang’s second album, from Wu-Tang Infiniti to Wu-Tang Forever”. The album sold over 6.5 million records and remained the group’s best-selling album to date. The album was also the first Hip-Hop album to go No. 1 in the UK and a Grammy Award nomination for Best Rap Album.

NEY kicked off his career as a Senior Graphic Designer with Faber Castell, honing his skills and developing a rare understanding of every design’s subtle message to consumers. Here, his creativity flourished, and it was clear NEY was destined for something greater.

As a Senior Graphic Designer at Bentex Kiddie Corporation – the brand behind both Warner Brothers and Walt Disney apparel – he was able to bring a more youthful approach to his work, which only served to reinforce his creative spark.

In 1997 Pimentel founded his own design house, DESIGNEY, Inc., where he established visuals for The History Channel, Capitol Records, SONY, A&E, SONY, Kenneth Cole, CHAMPION, and the hip-hip clothing company FUBU, among the clients already mentioned.

NEY was also instrumental in bringing Jay-Z’s ROCAWEAR fashion line to life, first by helping his client with the idea to connect with Jay-Z to develop a partnership, then by designing the brand’s first graphic line. The company eventually sold to Iconix Brand Group in 2007 for $204 million in cash.

NEY went on to sign a joint venture with Urban Box Office (UBO) and formed LATINFLAVA, the Internet’s first online Spanglish magazine-style website format and later UBO’s in-house record label, which later became one of his most successful endeavors.

Heading LATINFLAVA and becoming UBO’s SVP of A&R, NEY bolstered the popularity of Urban Latin music by encouraging corporate America – companies such as Amex, T-Mobile, Heineken, Honda, and Mastercard to become partners as well as use the music in their advertising, making it more familiar to mainstream America.

NEY was also responsible for having the first Reggaeton/Latin Hip-Hop artists to be played on the radio on the East coast that was not from the island of Puerto Rico, a stronghold for that genre of music.

Ney Pimentel is a graduate of Montclair State University with a degree in Graphic Design and a concentration in Brand Identity and the Psychology of Design.