“I can do it a number of ways. Straight up, neat, on the rocks. Or if you’re flexible, with a twist.” 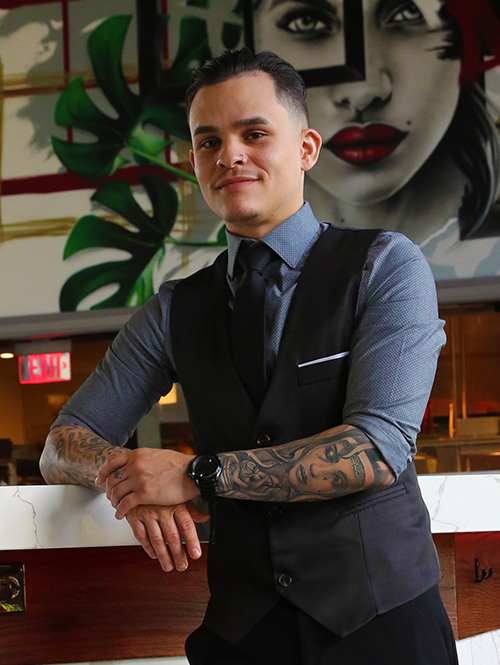 Frankie is a New Jersey-based mixologist, entrepreneur, and beverage consultant with over 12 years of experience in the restaurant and bar industry. Early in his career, he discovered his passion for mixology and began working his way up in the business. Working at establishments such as Son Cubano, Frankie could finetune his skills and develop his style.

In 2018, he conceived Five Twelve Hand Crafted Cocktail Bar, which he continues to own and operate today. A year later, Frankie took his expertise and began consulting, dreaming up recipes for new bars and hotspots from Somerset, NJ to Hell’s Kitchen NYC.

Frankie has recently become the official mixologist of Duran Entities at Ventanas and Son Cubano, a career achievement he is incredibly proud of. He specializes in putting his fun and exciting twists on cocktails heavily inspired by different cultures and traditions. With a strong emphasis on bold flavors and fresh, quality ingredients – Frankie has become a creative cocktail force in the industry.