“Wine is best enjoyed when shared.” 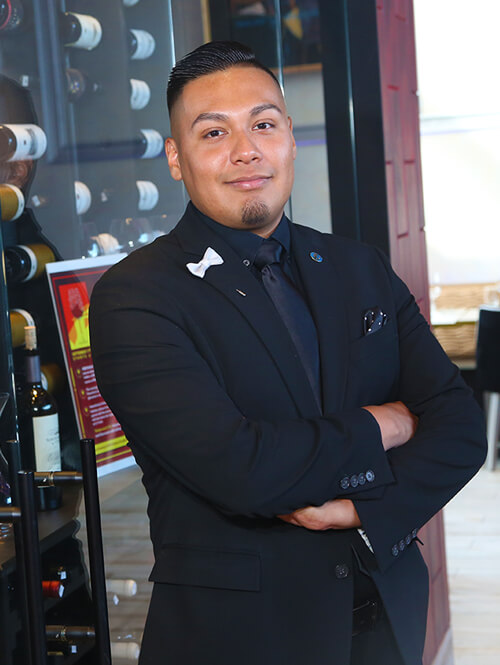 Ivan Soriano was born in a little town in the state of Guerrero, Mexico. Ivan grew up in Passaic, NJ. He is now living in Clifton, NJ. The start of his career in the restaurant business comes when he gets hired as a Busser at The Capital Grille in Paramus, NJ. Ivan quickly becomes the best busser at their disposal. Ivan goes on to become Employee of the Month in his first month, as well as receiving a 2nd Employee of the Month at the end of the year, breaking previous records for fastest Employee of the Month and multiple wins in a single year for a new hire. In a steakhouse that houses over 50 Front of the House employees, it’s no easy task.

After two years as a busser, a server tells him something he will never forget, “if you don’t want to clean tables and work long hours, learn the food, learn the steps of service, learn your wine!” Soon after, he gets introduced to a Pinot Noir from Burgundy by the Sommelier, which changes his life. He gets bit by the “Winebug.”

In 2016 he took a course with the WSET, Wine, and Spirits Education Trust, passing the Level 2 exam. Soon after becomes a Server at Capital Grille, then at the famous River Palm Terrace in Edgewater, learning more about service and different cooking techniques, sushi, sake, and high volume service.

Shortly after, he begins work at a newly built restaurant and modern French brasserie in the heart of Montclair named Faubourg. Alongside NYC hospitality veterans Dominique Paulin and Chef Olivier Muller, Ivan learns more about the hospitality side and the French style of service. With the help of Phillipe, the Sommelier at Faubourg, he begins his new pursuit to become more than a server to become a Sommelier.

With help from a friend in the wine business, Ivan is introduced to Manager Manny Solano of VENTANAS Restaurant and Lounge and is immediately hired as the Wine Director. Ivan hits the growing running and soon implements new wines by the glass to pair with the Asian-fusion food that VENTANAS is known for and adds varietal wines that you may have never known existed. Its been a good start, and now Ivan is also implementing the same ideas and philosophy to VENTANAS’ sister restaurant, Son Cubano, in Port Imperial, West New York, New Jersey.